Good morning everyone! The furbabies have been staying inside more, now that its starting to heat up here. They are STILL having fun though!

Jasmine and Shelby were playing tug of war with an alien toy, which was Jeffrey’s. Not anymore. Stuffing everywhere! 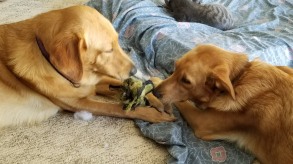 Miss Penny is serious too! 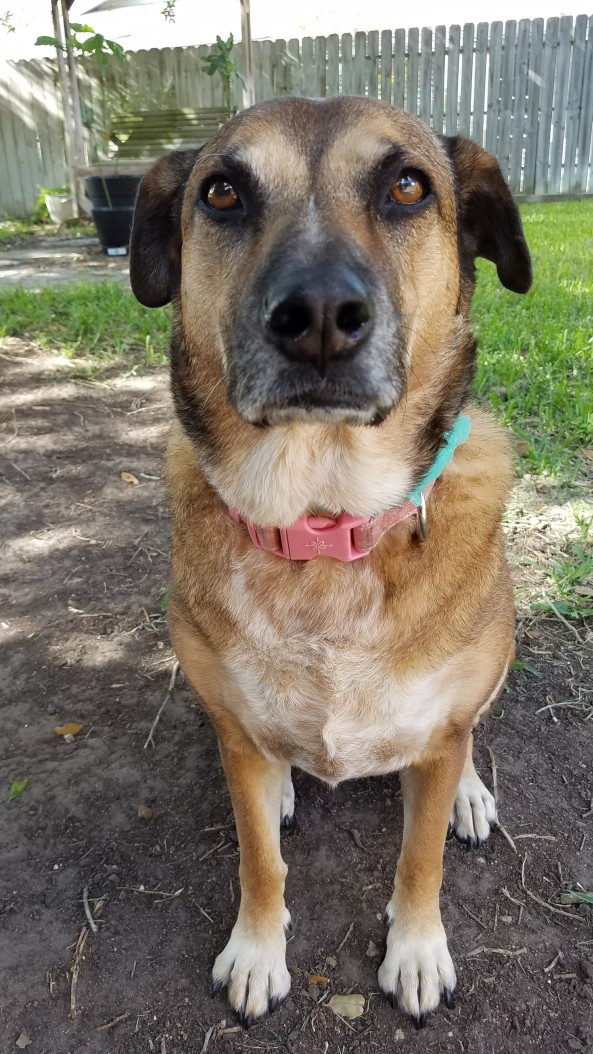 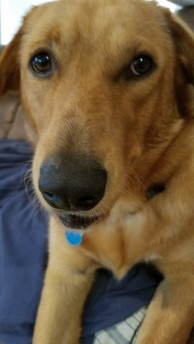 Jackson is starting to snuggle with Shelby now, during naptime. Its so sweet! 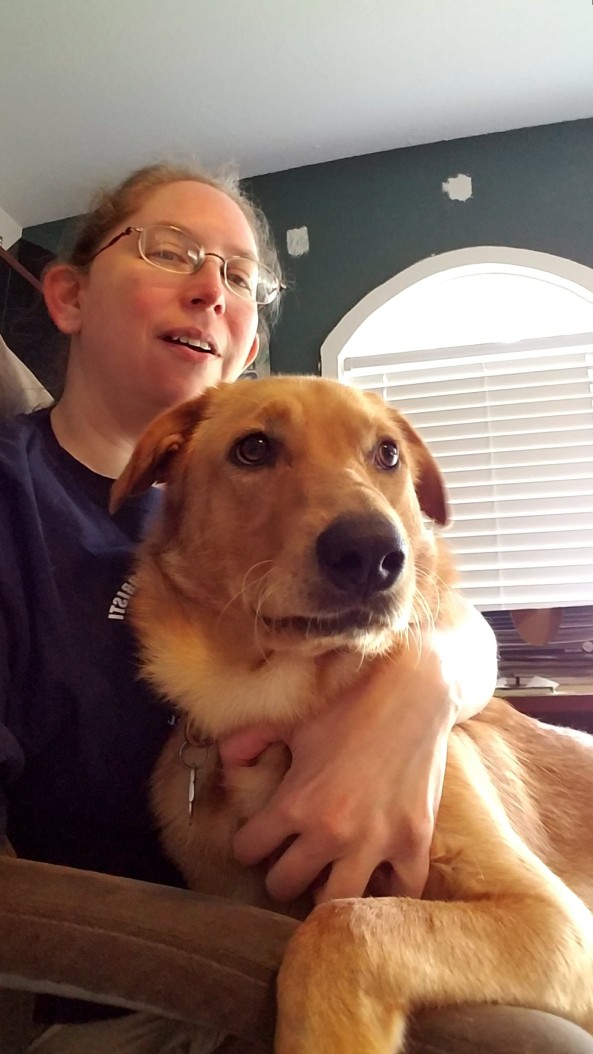 No matter how big they get, they still love to share the same dog bed. (P.S. This was Jeffrey’s bed)

Miss Penny chewing on a Nylabone underneath the large tree in the back yard: 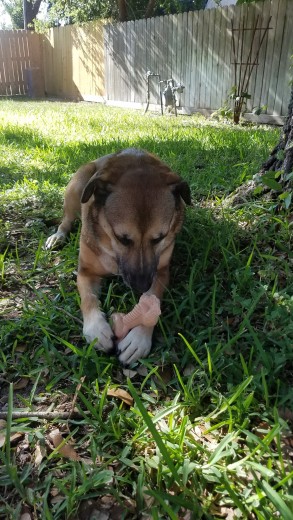 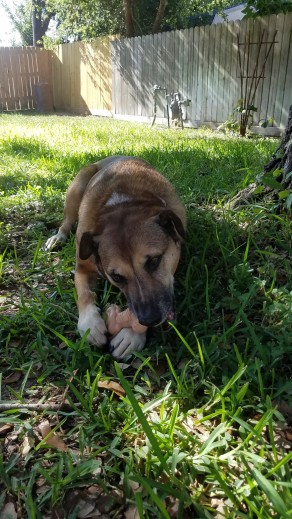 Hubby was late coming home one day, so Penny waited for him 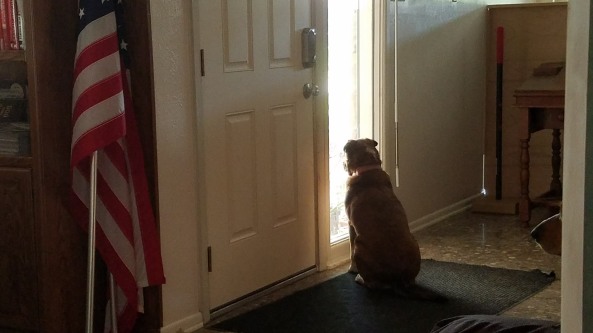 And last but not least, Mr. Jackson was playing with the blinds. It almost looks like in the 2nd photo he’s saying “Ummm, excuse me, can I have some privacy here?” LOL 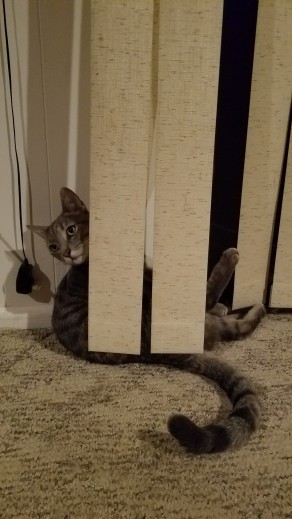 Until next time, bark and meow on! 🙂